PRODUCTION AND SERVICES: COMPANIES THAT CONTINUE TO WORK IN RUSSIA AND BELARUS. EXPRO CONSULTING PROJECT
NaftoRynok, EnergoBiznes and ExPro Consulting, together with market participants, continue to prepare lists of international companies that, despite sanctions, continue to operate in Russia and Belarus, whose political regimes are carrying out aggression against Ukraine.

We prepare and update lists in the following areas:

mining and services,
oil refining and transportation,
sale of petroleum products,
energy.
The companies on the list are taken from open and closed sources, mostly technicians and equipment suppliers, without which the industry should stop behind the lack of domestic counterparts.

The purpose of the project: pressure from state and international organizations on parent companies that continued to operate in Russia and Belarus after February 24, until the final cessation of commercial, financial and commodity relations with customers from Russia and Belarus, closing branches and offices, termination of warranty service in these countries. To impose an ECONOMIC blow on the regimes of Russia and Belarus through sanctions.

The reason: on February 24, 2022, Russia, using the territory of Belarus, started a war with Ukraine. The aggressor uses ground, missile, naval and air forces, striking mainly on civilian objects (residential buildings, kindergartens, schools, maternity hospitals, hospitals, etc.), as well as the military (defense and other infrastructure). As of March 21, 2022, more than 120 children, more than 3,000 civilians, and about 1,300 servicemen died in Ukraine.

We urge experts to join the formation of sanctions lists. Please send known companies to info@expro.com.ua

Foreign companies in Russia and Belarus

In addition, the state-owned company Belarusneft has acquired Yangpur since 2013 and established Belorosneft-Siberia. In recent decades, it has been performing service contracts for more than 20 Russian oil companies, including Rosneft and Gazpromneft. In Ukraine, Belarusneft is represented by Service Oil LLC (performs contracts for UGV and private companies).

It will be recalled that lists of foreign companies in the oil refining and energy sectors operating in Russia and Belarus were published earlier. 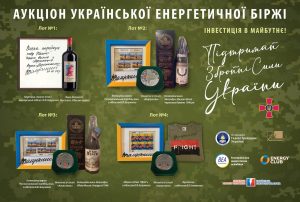